Here are some links that are useful for the newcomer and the long time member alike!

The Society for Creative Anachronism, Inc.
This is the website for our parent organization, which contains information about our governing documents, Board of Directors, and all the things you need to know about the international organization that is the SCA.

The East Kingdom
The website for the Kingdom of the East, of which the Barony Beyond the Mountain is a part. Here you will find information about our Royalty, the rules that govern our part of the SCA, the officers that run the kingdom, and the schedule of events for the entire Kingdom. 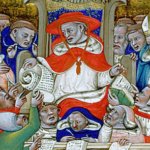 Commonly referred to as “Corpora,” these are the documents that govern the formation and structure of the SCA as a whole. Be aware that most of the meat of the rules are contained in the policies of the various offices. Those can also be found on sca.org.

East Kingdom Law
These are the rules that govern the East Kingdom, including officers, awards, and the like. As with corpora, the nitty-gritty details will be found in the policies of the officers, which can be found on eastkingdom.org.

The Curia agenda
Curia is the mechanism whereby the East Kingdom updates its law. At least once per reign (every six months) there is a Curia. The agenda for each Curia is posted here by the Kingdom Seneschal. 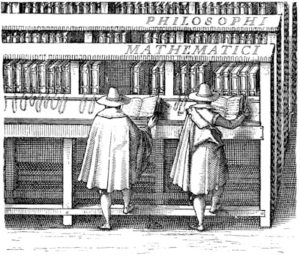 The East Kingdom Wiki
This is a Wiki of all the things and people of the East Kingdom that people have cared to enter. It is a smorgasbord of information: random, often helpful, always interesting. Please wander through its entries, and set up one of your own. If your wiki skills are small, there are many people who can help you.

East Kingdom Order of Precedence
Have you ever wondered if a subject of the East has a particular award? There’s a page for that! Look here for a comprehensive listing of the awards held by the subjects of the East Kingdom.

Barony Beyond the Mountain Order of Precedence
Do you know someone who is an asset to the Barony? Someone who ought to be recognized for their art, or their prowess, or their service locally? Or are you just curious about how many awards were given in the Barony in a certain year? Check the Order of Precedence for the Barony – searchable All The Different Ways. And if you don’t find the person you’re looking for – write them in to the Baron and Baroness!

The Pennsic War
Our annual obsession. The largest event the SCA sponsors, and its own unique culture. Don’t forget your sunscreen.

What Year is It?
The SCA keeps its own calendar, dating from the day of the First Tournament in the West Kingdom. Not only are our years counted from that day, New Year’s Day is May 1! It’s confusing even for established members. When you can’t remember what Anno Societatis (year of the society) we are in – check this handy conversion chart.

It’s always good to know what’s going on outside our borders:

The Canton of Northpass: Putnam and Westchester counties, New York

The Barony of Bertental: Western Massachusetts

The Barony of the Bridge: Rhode Island