Slow and steady completes the project

Team Gullinkambi (named after the golden rooster of Valhalla in honor of the mascot of the college the members of the team met at and joined the SCA in) is off and running though not as quickly as most teams/individuals. One member of the team has the fabric, the other has the patterns and real life is preventing us from starting sew-a-polooza as planned. That’s ok though! We’ve got a hedeby bag and woven belts to weave too so there’s lots to do! While the handles haven’t arrived yet, the embroidery can be done so the applique has been applied and the detail work has been embroidered on! Next up is the weaving! 81 strings per loom, two looms, yeah this is going to take a while. Plans for this coming week include warping the looms and preparing everything. Saturday, we get to combine patterns with fabric and get to sewing! Slow start? Sure! But two sewing machines is better than one and two driven Homies are on the job! 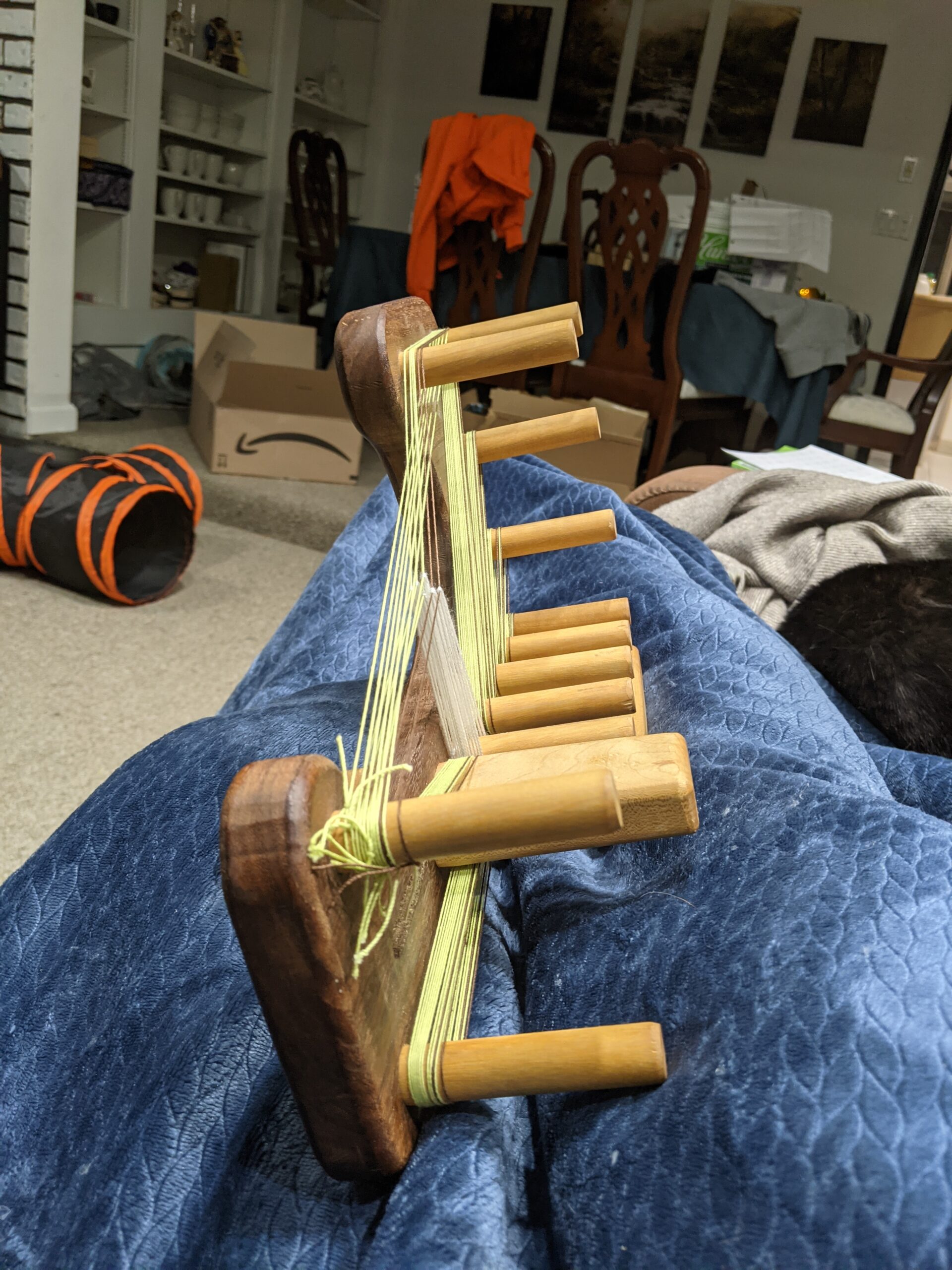 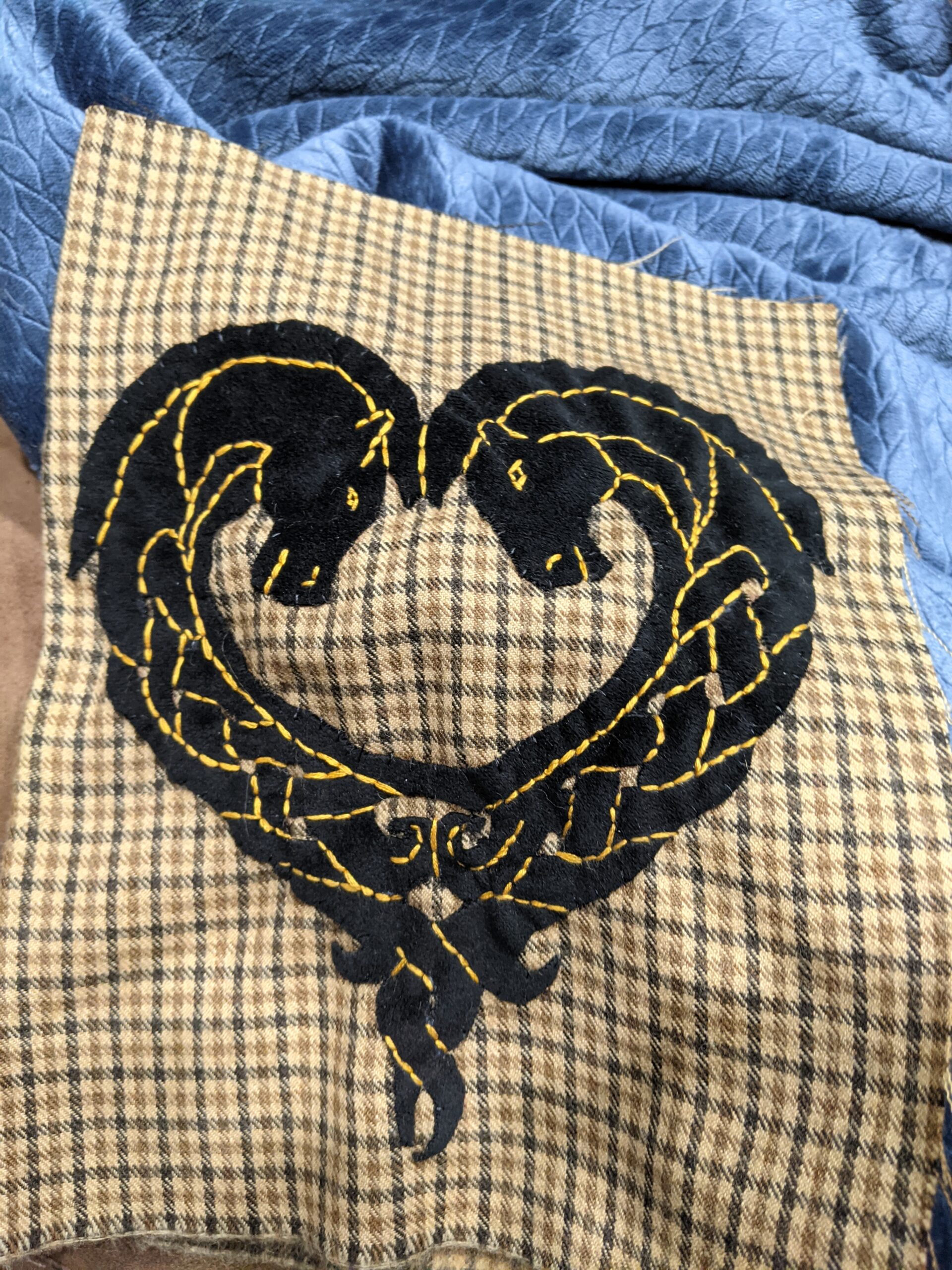