For our entry into the Ethereal Seamstress Challenge, Lord Ciaran ua Meic Thire and I (Lady Gwenhoivar of Lindley) decided to make a Viking apron dress complete with hood, woven belt and hedeby bag.

The apron dress was worn by viking women throughout the 7th-11th centuries. The outfit consisted of a shift, underdress and  the apron or what is believed to be the old Norse name of the garment, “smokkr” (Thunem). The apron is a tube shaped garment with straps over each shoulder that are held in place with pins or brooches and may have a decorative strand of beads hanging in between the straps.  A hood could be worn for extra warmth or offer protection from the sun while working. Our hood is based off the “skjodehamn hood” so named after finding it at the archeological dig site discovered in 1936. This hood was found at a site deemed to be in the late Viking period, around 1050-1090(Nattmal, A Skjodehamn Hood).

Apron dress, with brooches and beads(https://skjalden.com/viking-clothes/) 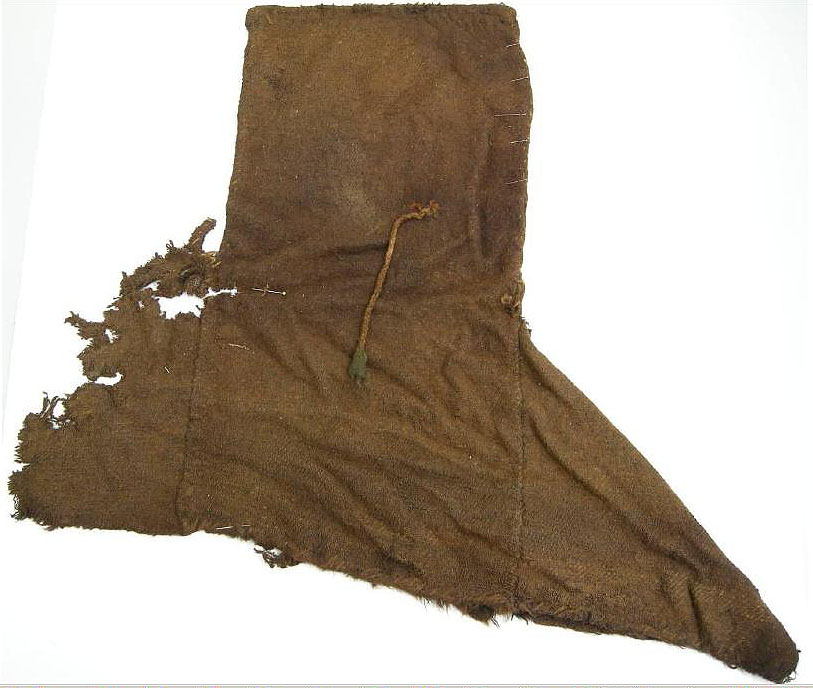 Up until the 10th-12th century, women would be wearing their hair uncovered while in society, often in elaborate braids or knots(Follow the vikings, appearance and dress). This changed toward the 10th century, when it is suspected that as the spread of Christianity began to take hold in Scandinavia, more women were asked to cover their hair for modesty, especially if they were older or wed. If they were covering their heads, they may choose to wear a cloth cap known as a Jorvik hood or a headscarf that could be knotted in the back or pinned and excess stretching down the back like a veil( VAL, Woman Hairstyles).

The hedeby bag or “Haithabu” bag historically refers to a fabric or leather pouch attached to two handles that could be made of wood or bone. The bag was held with a single strip of leather or woven strap knotted through both handles to keep the bag closed but easily opened for use. (Nattwall, Haithabu bag)

For our garb, we selected a light green underdress, grey apron dress with a decorative dark green apron panel.  The green and grey palette (wrong palette) were selected as these could be colors the vikings could have obtained from natural dyes in their time period. While there was proof of some garb being rich in reds and blues, those were mainly from the graves of the more wealthy vikings as well as those who could afford to trade and buy from the Byzintine empire (Nattwal, clothing and jewelry). The garb styled would also have been fashioned after the Byzintine court dress vs the average farmer’s lifestyle. The shield knot chosen for the hood was a typical symbol in both celtic and norse mythology as a sign of protection to the wearer. (WordPress, Shield knot) The two seahorses were chosen to represent my personal love of horses and interest in the equestrian community. This logic also applied to the choice of horse design on the hedeby bag.

A basic pattern was drafted at the beginning of the competition.All of the major garb pieces were made out of linen, as this was the typical cloth choice for the region and we wanted the versatility linen offered as opposed to wool garments (Viking Clothing: Warm and durable)  Most of the pieces were machine sewn together due to time constraints of the competition but the hems around the keyhole collars and all the embroidery and applique work was done by hand. The appliques were outlined with a blanket stitch and the inner detailing of the seahorse knot was done in a backstitch. The belt and strap of the hedeby bag was woven on an inkle loom.

I was able to learn quite a bit from this experience. Prior to this competition, I had contributed to making my garb in the past but I had never taken the lead in the work. I look forward to patterning and creating more garb on my own in the future. I was also able to learn a few new techniques–applique and the inkle loom being the main ones. I hope to continue learning weaving patterns on the loom, maybe even branch out to try card weaving one day.

“Viking Clothing: Warm and Durable” History on the Net